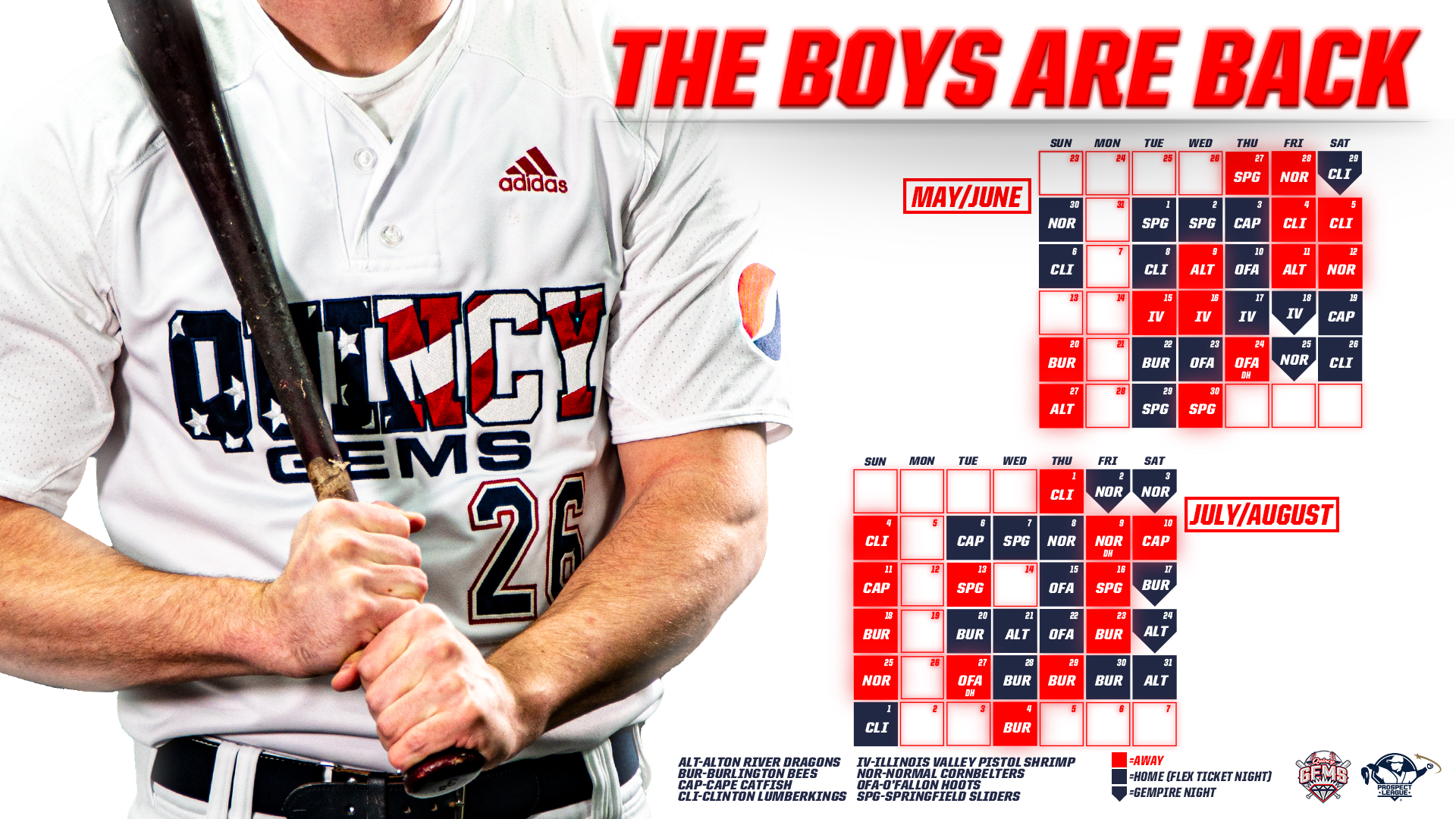 Quincy IL: The Quincy Gems release their schedule for their upcoming 2021 season.

The local collegiate wood bat baseball team is scheduled to play 60 games, 31 of those at QU Stadium their home park. The Gems will begin their season on May 27 in Springfield at Robin Roberts Stadium against the Sliders. The team will play their first home game on May 29 against the Clinton LumberKings at QU Stadium.

“There have been a lot of questions about what this season might look like,” said Owner and General Manager Jimmie Louthan. “We do not have all of the answers yet but we are excited to bring a fun and exciting experience to Quincy in 2021.”

The Gems will face new opponents in 2021. Two former Midwest Leauge teams, the Burlington Bees and the Clinton LumberKings, will join the Prospect League for 2021. The league has also added a franchise in Alton, IL, and Johnstown, PA.

The team will announce its finalized 2021 roster in March.

To purchase tickets for the upcoming season visit quincygems.com/tickets or call (217) 214-QGEM (7436)