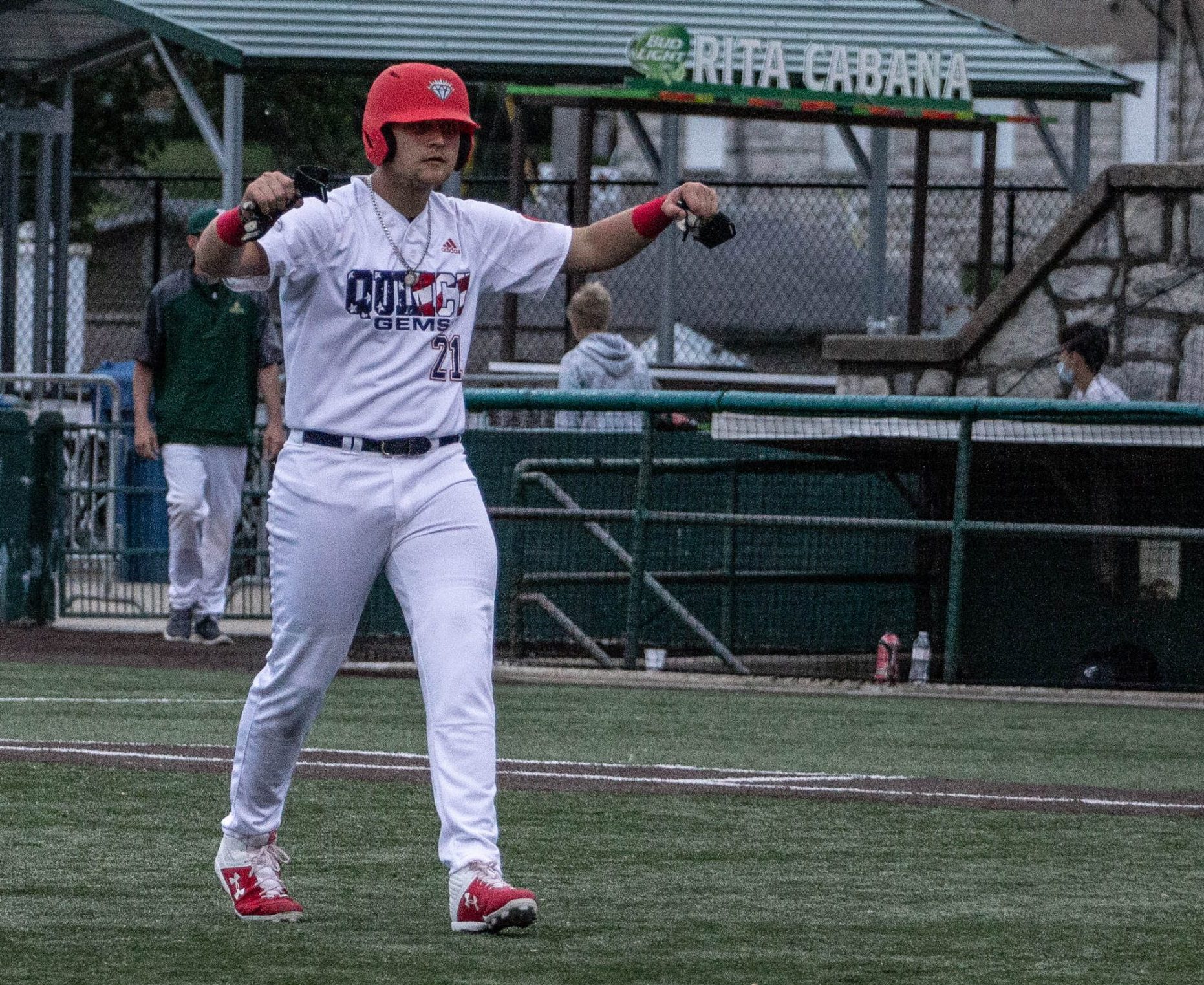 Payne celebrating a two RBI single in the fifth inning on Sunday, May 30, against the Normal Cornbelters.

This past week the Quincy Gems competed in four games, winning one and losing three. However, just because the scores didn’t always favor The Gems, doesn’t mean players didn’t step up and make game-changing plays.

This week Jack Payne, a “red shirt” freshman, was one of those star players. With the NCAA Tournament taking place, a few players were moved around and asked to play out of their regular position to support their teammates participating in the NCAA Tournament. Even as a freshman, Payne was able to step up and show out as Quincy’s PO player (pitcher only). Payne was asked to do more than just pitch–he was asked to step up and bat … and boy did he deliver.

When asked what it felt like to be a PO offered the chance for an at bat, Payne responded: “It’s truly a great experience because as a PO there aren’t many expectations or pressures. I got to go up there and do what I could to help my team out.”

In fact, Payne ended up batting in three out of the four games last week, hitting .375 with 3 hits and 2 RBI–making a name for himself as more than just a pitcher, and keeping a competitive batting average alongside his teammates.

As a freshman, and with this being his first few games with the Gems, Jack Payne has already proven his versatility on and off of the mound. During the school year, he attends and plays for Louisiana Tech where he has earned himself an ERA of .00.

“Being raised in South Texas, I had the opportunity to grow up alongside a lot of my family. So when I went to Louisiana Tech, I was out of my comfort zone. Just recently my Mom decided to move to Quincy, and I knew that joining The Gems was my chance to be closer to the people I love while playing the sport I love.”

Payne is excited for the remainder of the summer season and is hopeful to keep his bat swinging. “I look forward to playing, improving my skills, and meeting new people from all over the country,” Payne said.