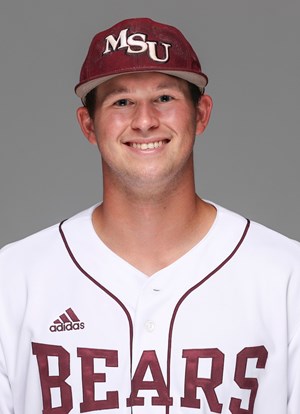 “I am looking forward to being with the Gems again this summer!” says Polak. “It means the world to be welcomed back for the 4th year. I couldn’t be more thankful to play for great ownership and a great fan base.”

Polak returns to the Quincy Gems after his 2019 All-Star season. The Missouri State third baseman hit 15 home runs, tied for third in the league. Polak was also third in the league in average, with .387 in 124 at-bats. During his 2019 season at Missouri State Polak started 46 games, hit 8 home runs and batted in 27 runs. He won a Missouri Valley Conference, Player of the Week award, and s Collegiate Baseball National Player of the Week award.
Before his time at Missouri State Polak spent two years at Jefferson College where he won the 2018 ABCA/Rawlings NJCAA Division 1 player of the year. In that season he hit 32 homeruns, and knocked in 107 runs. He posted a .459 batting average and slugged for .991. The Vikings went 53-11-1 during Polak’s second season with the team. Polak also enjoyed a solid high school career at Quincy Notre Dame where was ranked the No. 5 third baseman in the state of Illinois and the 10th-best recruit overall in the class of 2016 by Perfect Game.