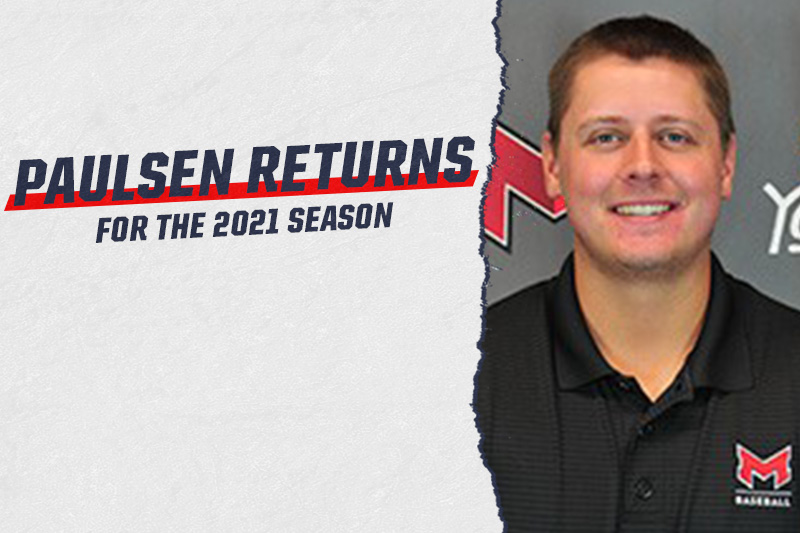 Quincy, Il. —  Justin Paulsen will return to the Gems as the Manager for the 2021 season.

Paulsen was scheduled to begin his tenure with the Quincy Gems in 2020. Due to the cancellation of the 2020 season, he will coach his first season with the team in 2021.

“We are excited to have Justin back with the Gems this summer,” said Gems Owner and General Manager Jimmie Louthan. “His experience from being a player in this league and other top summer collegiate leagues as well as playing pro ball will help him lead the roster we have put together. Justin has a lot to teach this good group of guys coming to Quincy and I look forward to seeing the Gems take the field under his leadership.”

Paulsen is currently serving as the hitting and infielders coach at Maryville University in St. Louis, Missouri. He has previously served as a student assistant at his alma mater Missouri State.

“I’m thrilled about baseball being back in Quincy for the 2021 summer!” said Paulsen. “I’ve been working with Jimmie to finalize the roster and we are excited about the incoming talent. I am looking forward to opening day in May!”

While a player at Missouri State, Paulsen helped lead his team to both their second and third NCAA Super Regionals. He has received numerous awards, including an All MVC Second Team selection and an All MVC Honorable Mention. After his stint at Missouri State Paulsen was drafted by the San Diego Padres in the 39th round. He played for two seasons in the Padres organization.

The Quincy Gems will begin their 25th season on May 27th on the road in Springfield against the Sliders. The Gems home opener will be played on May 29th. Tickets are currently available online at quincygems.com/tickets. For the latest information on the Gems follow the Gems on Facebook and Twitter.